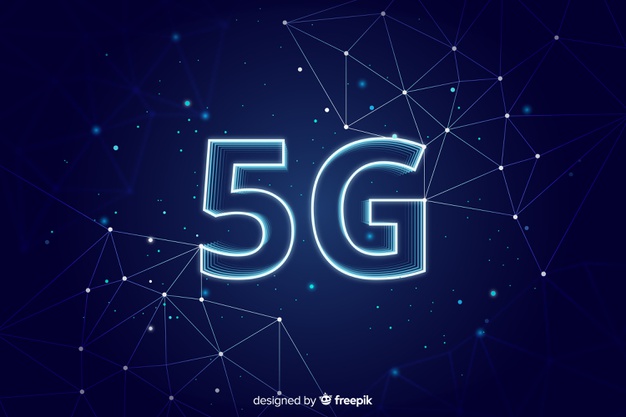 Since the beginning of the current Coronavirus Pandemic, we have seen different conspiracy theories and publications that tend to explain why and how we got into this quagmire. While it is normal for people to ask questions, probe into the cause of issues like this, caution as been thrown into the wind and emotions, biases and misinformation taking center stage. This time, it centered on COVID-19 and 5G technology.

Having read a lot of opinions, articles (mostly misinformation and half-truths)I believe more needs to be done to drive the point clearer to a lot of people particularly the African audience.

However, the fear is that when scientist and health practitioners say something, most people, especially Africans

will accept the ones coming from religious leaders and other opinion leaders that seem to feed them the news that fits with their biases.

I will try my best to explain in details what you should know about radiations.

The opening part will focus on the science of radiation

They are two basic classifications of radiations, they include:

We can also classify radiations according to their biological effects on matter, here, we have two types of radiations:

You must have heard these two in recent times, most especially from the authors of these half-truths that littered the online space. So what are ionizing and non-ionizing radiations?

a. Ionizing radiation refers to radiation that has enough energy to eject one electron from the atom of the crossed material.

b) Non-ionizing radiation refers to particle energy that is not enough to eject one electron from the atom, therefore it is said to have lower ionizing potential.

Great, let’s advance further. The next question is, at what energy is a particle considered as ionizing? I won’t waste much time here so that we can concentrate on 5G and their corresponding energy.

See also  How To get a verification Badge on Instagram

In nuclear physics, there is an area (field) that compares Radiation with Matter, here you ll understand ionizing and non-ionizing radiation.

Therefore, for tissues/matter consisting of Hydrogen, Carbon, Nitrogen, Oxygen (Which the human body is made of), radiations are considered as ionizing radiation if their energy is greater >> 12.4 eV (electron volt). The wavelength of such photon is 0.1um (micro me.).

Using the relationship between energy and frequency, E = hf, one can make a quick calculation and realize that the wavelength of such radiation must be 100nm (0.1um) and the frequency (Hz) is to the order of 3 x 10^15 hertz. We do know that the frequency of a 5G network is between 5 Gigahertz – 95 Gigahertz) and discovered the frequency is of the order of 10^9 hertz. Which are millions of times lower than what is considered as ionizing.

Therefore, it means that photons from a 5G network can never ionize the human body.

We know all these because to excite the electron from the ground state of a hydrogen atom to the first excitation state, you must have an energy of 13.6 eV. If you check the energy of a 5G wave, you will see it is approximately 0.00002 eV which is a million is millions of times lower than the fundamental energy of ionizing radiation.

It is also worthy to point out the result of the study of those who survived the Hiroshima Nagasaki bomb blast and were followed in a study called Cohort Study. Out of over 100k persons that were monitored, only about 2% died of cancer-related cases which manifested about 50 years after the incident. Remember these people took many doses of highly ionizing radiation.

Whenever you take flight from a particular place to another, you have absorbed more ionizing radiation than someone living 20km from a nuclear power plant. When you take 1-9 cigarettes a day, you take same risk as someone who took a dose of 3.4Sv from a bomb blast.

To end it, the 5G network is not ionizing radiation and poses no harm to the body, well not anyone that has experienced any effect till now and there is no scientific proof to back it that it caused the current COVID-19 pandemic that has grounded economic activities across the world. It will take many years for one to experience any such effect (that’s if one exists). Some of us have done X-rays, if only you knew you stood against ionizing radiation, and yet still healthy, you won’t be talking or fretting about 5G network.

Above all, with the penetration of the Internet and technology in our daily lives, we need to understand information consumption. Not everything that made its way online is TRUE. Some are lies, and deliberately created to fool or misinform you.

Written by Mr physics with the contributions from Ishola Kayode.