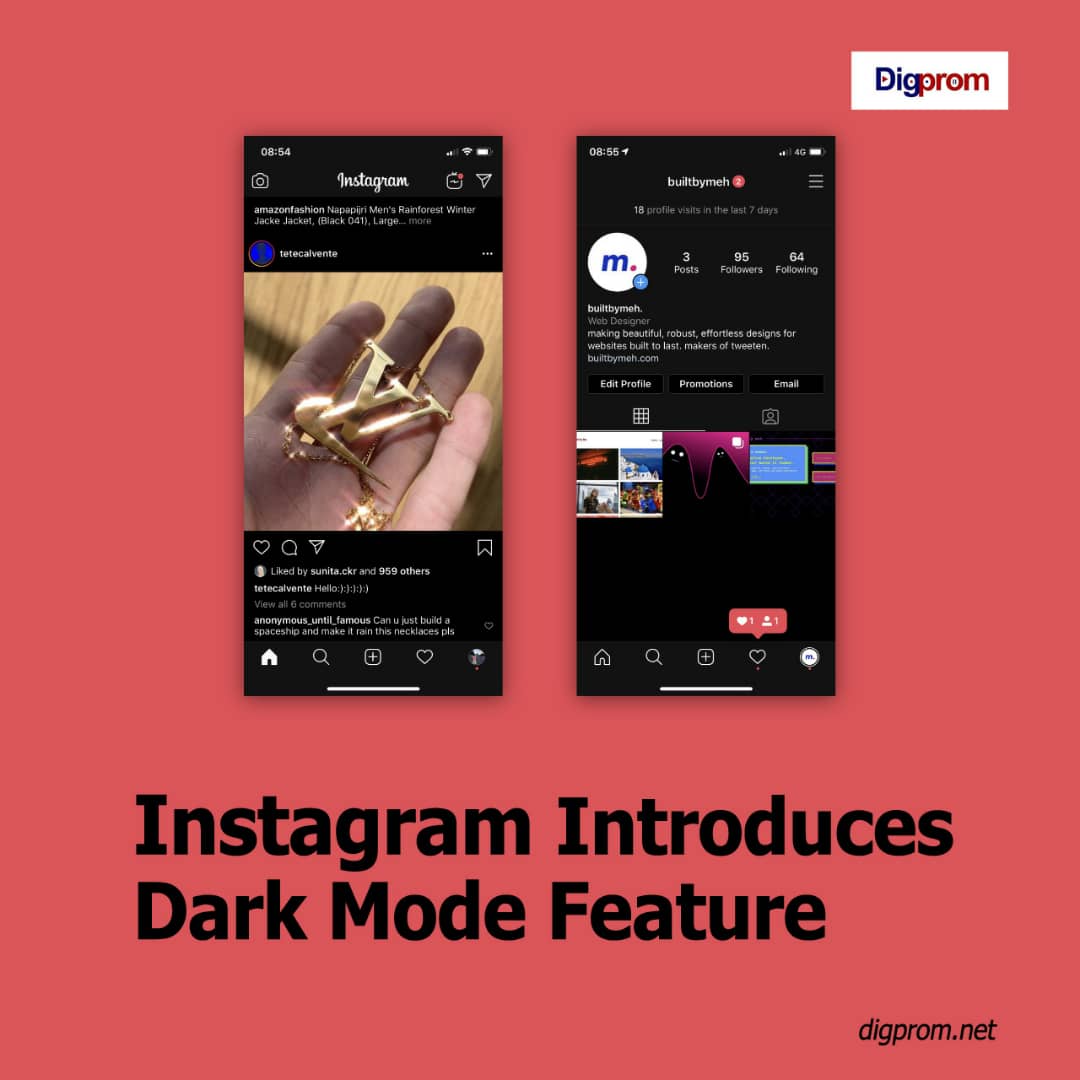 Almost every major social media app on the internet has embraced the dark mode feature ( the eye-strain-reducing, battery-saving, chic-looking trend that’s sweeping the globe), and Instagram has become the latest app to latch onto this classy trend.

The announcement was made via a tweet made by Instagram head Adam Mosseri on Monday. Mosseri further revealed that the update is available on iOS 13 and Android 10 enabled devices only.
The photo-sharing app’s new appearance is similar to its rivals’. It’s embracing the darkness by flipping the default white background to black and gray.

To activate dark mode on an iPhone, users need iOS13  because the new display option is only accessible through Apple’s new settings. After opening the Settings menu, users need to tap Display and Brightness and press the Dark option on the right. Instagram will then flip automatically to the theme.

Android 10 users can activate it in a similar way by turning on the dark theme option in the menu settings. Instagram’s dark mode can also be activated from within the app’s settings for Android phone owners, even if they don’t have the latest version of Google’s operating system.

Instagram’s parent app Facebook (FB) does not have support for dark mode yet. But Facebook is reportedly testing it according to multiple reports, although the Dark mode is currently available for Facebook Messenger’s app.

It was only a matter of “when” rather than “if” Instagram was going to flip to the dark side and we’re glad it’s finally here.