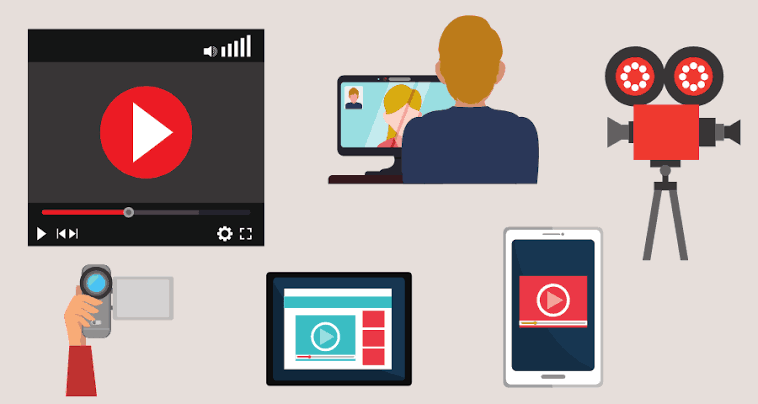 From videos to texts, to podcasts, GIFs and even infographics, contents come in various forms. Be that as it may, many a person often asks the question “which form of content performs best?”

According to socialmediatoday.com, video is the best performing content type on Facebook. Also, tweets with video have been found to see 10x more engagements than those without. LinkedIn users are 20x more likely to share a video on the platform than any other type of post. Furthermore, Pinterest users are 2.6x more likely to make a purchase after viewing brand video content on the platform.

It is without an iota of doubt that most of the aforementioned stats are relatively known to everyone. But then, the need to query into the major facts behind video contents cannot be overemphasized (especially to enhance your online marketing efforts)

In this discussion, we take a look at 5 reasons why video contents are the best performing form of content and why it (video contents) is exploding on social media in 2019.

1. 1 IN 2 CONSUMERS WANT TO SEE MORE VIDEO CONTENTS FROM A BRAND/ BUSINESS THEY WANT TO PATRONIZE:

According to research from HubSpot in 2018, about 54% of consumers want to see more video content from a brand or business they support.

According to research from SEJ in 2018, with 1.5 billion monthly users and over 1 billion hours of video play daily, YouTube is the second-largest search engine in the world (only behind Google).

Hence, when you post your ad in video form, you are boosting the chances of such as being seen by people.  This is because, apart from the populace who source for information on GOOGLE, youtube users join your potential audience. That means you have the potential for your ad to reach out to people on the top 2 search engines.

3. THE AVERAGE USER SPENDS 88% MORE TIME ON A WEBSITE WITH VIDEO:

According to user-based research generated by Forbes in 2018, an average internet user spends 88% more time on a website that has video content than they do on websites without video contents.

4. IN SCENARIOS WHERE THERE ARE BOTH TEXT AND VIDEO CONTENTS ON THE SAME PAGE, MORE THAN 7 OUT OF 10 PEOPLE WHO VISIT SUCH PAGE WILL RELATE WITH THE VIDEO CONTENT:

2018 reports from wyzowl revealed that 72% of people would rather use video to learn about a product or service in situations where both video and text contents are available on the same page. This report was generated from an e-based research work by Wyzowl in 2018.

According to who did those statistics, 87% of businesses have started using video content marketing, Out of which 82% feel video marketing is an important part of their strategy. Video is progressing rapidly and will reach new heights sooner than we think. This trend is fueled by 83% of businesses believing that video marketing gives them a good ROI.

A picture tells a story better than a thousand words. Videos are made from combinations of pictures and this makes it a better way of expression. So in your next digital campaign, adopt the use of videos. Videos will get you more engagements and better results.