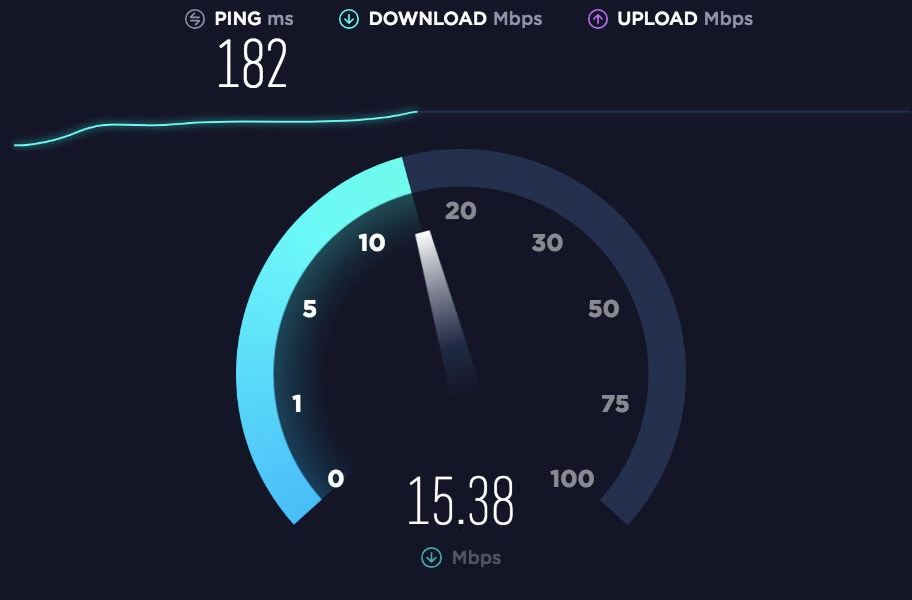 Africa is home to over 1.3 billion people. It is the world’s second-largest and second-most-populous continent, after Asia in both cases. Dial-up days are long gone, but slow internet speed is still an issue here. Although countries like Madagascar and South Africa and a few others still made it to the top 100 countries with the fastest internet in the world, generally speaking, Africa still remains behind when it comes to internet speed.

Some improvements may be on the horizon though, with more African countries likely to experience significantly faster internet speeds with the world’s largest technology companies investing in underwater cable infrastructure in a bid to corner swathes of the market as more Africans get online. Facebook and Google are leading the charge with a planned undersea cable by Google expected to have 20 times the capacity of the most recent projects laid in the continent.

With that said, let’s explore the top 10 African countries with the fastest internet speed.

According to a Wikipedia report, internet service is widely available in Dakar and other towns either by private subscription or through Senegal’s extensive network of “telecentres” and internet cafés.

Senegal’s economic growth has improved steadily in recent years, with GDP having grown at about 7% in 2017 and 2018. This has translated into consistent growth in the telecom market, with the number of mobile subscribers having increased 4.5% in the year to June 2018.

Orange Group’s local subsidiary Orange Senegal (Sonatel) is the dominant player in both the fixed-line and mobile sectors, though there is effective competition in the mobile sector from Tigo Senegal (now owned by Saga Africa Holdings) and Sudatel’s local unit Expresso, which have a 24% and 22% market share, respectively.

Mauritius’s island country has made significant improvements over the past year, doubling the average broadband speeds available in the country.

In 2018, the country responsible for Africa’s current ninth-fastest internet speeds was only ranked 139th globally with speeds of 2.39Mbps.

Mauritius is now much improved in the world ranking thanks to infrastructure improvements providing increased speeds of around 19.24Mbps.

Earlier this year, the government revealed its plans to achieve maximum internet coverage as quickly as possible. In that regard, it “will extend and improve the digital coverage of the territory,” revealed Cina Lawson, Togolese Minister of Posts, Digital Economy, and Technological Innovation.

It appears the country has begun matching words with action. With a population of 8.01 million people and an internet speed of 20.14Mbps, Togo is currently ranked 8th in Africa.

Liberia speeds up to number 7 on the 2020 ranking with a population of 4.9 million people and an internet speed of 21.34Mbps.

A 2012 report by the World Bank stated that “access to bandwidth in Liberia is among the lowest in the region with internet penetration as low as 0.5 percent.

Since Liberia is not connected to an international fiber-optic network, it relies on costly satellite connectivity for all its telecommunications needs.” It appears this is no longer the case.

In just a few years, Gabon has made spectacular strides in internet access. Today, it is impossible these days to drive around the cities of Gabon without noticing the large billboards promoting internet access at rates that were unimaginable only a few years ago. With a population of 2.1 million people and an internet speed of 21.89Mbps, there was no stopping Gabon from clinching the 6th spot.

The World Bank continues to support Gabon’s aspirations in this area, notably through the e-Gabon – project designed to promote the modernization of the national health information system.

South Africa can boast of an average download speed of 23.17Mbps, and the time it takes to download a typical 5GB high-definition movie is one hour and 21 minutes. That is still fast when you compare it to the average continental speed.

Surprisingly, after improving from third to second in 2019, the country fell down the ranks to fifth in 2020 after services in other African countries were developed. Over 45% of Internet traffic generated on the African continent originates from South Africa. As of July 2016, 29.3 million people (54.00% of the total population) were Internet users. The percentage has greatly increased over time.

Ghana has proved to be a country on the right path when it comes to internet connectivity by ranking fourth with an internet speed of 23.98Mbps serving 30.4 million people.

According to bandwidth place, Ghana’s internet speed hovers around an average of 1.46 Mbit/s upload across most of the internet-enabled devices tested.

One reason behind the noticeable improvement in Ghana’s telecom industry is the healthy competition between internet service providers.

MTN, Tigo, Airtel, and Surfline – all available in the country are always improving to serve the best services possible and win the crown as ‘Ghana’s fastest internet service provider’.

The Republic of Seychelles is an archipelagic island country in the Indian Ocean at the eastern edge of the Somali Sea. With a population of about 100,000 people according to UN data, The country sits conveniently at third place with an internet speed of 26.76Mbps.

It is worthy of note to also say Seychelles is one of the most sought-after tourists destinations in Africa, there is no surprise that the Island country has invested massively in internet connectivity. Most resorts, hotels, and guesthouses in Seychelles have free WiFi. Internet cafés are also available on the three main islands of Mahé, Praslin, and La Digue to give internet access to locals.

Cape Verde now has the second-fastest broadband speeds in Africa, but overall the islands off the west coast of Africa place 136th in the world with average speeds of around 27.53Mbps.

Interestingly, as of early 2017, only about 19% of the Cape Verdean population owned an active cellular phone, with only 70% of them having access to the Internet. Through conscious efforts by the government and stakeholders like Vizocom – one of the largest ISPs in the country, internet accessibility has greatly improved within the last three years.

Madagascar is in the top spot of having the fastest internet speed in Africa with almost 14 MBPS difference to the second placer, which is South Africa.

Madagascar’s fast internet speeds represent a paradox as it is one of Africa’s poorest countries with around three out of every four citizens living on less than $1.90 a day as of 2017. But the speeds are largely down to East African Submarine Cable System (EASSy), a 10,000 kilometer-long undersea fiber optic cable which stretches from Sudan to South Africa and serves Madagascar’s urban centers. The fast speeds have also fostered Madagascar’s emergence as a global digital outsourcing outpost, especially for Francophone clients. With nearly 250 business processing and outsourcing companies, the sector now employs over 10,000 people.