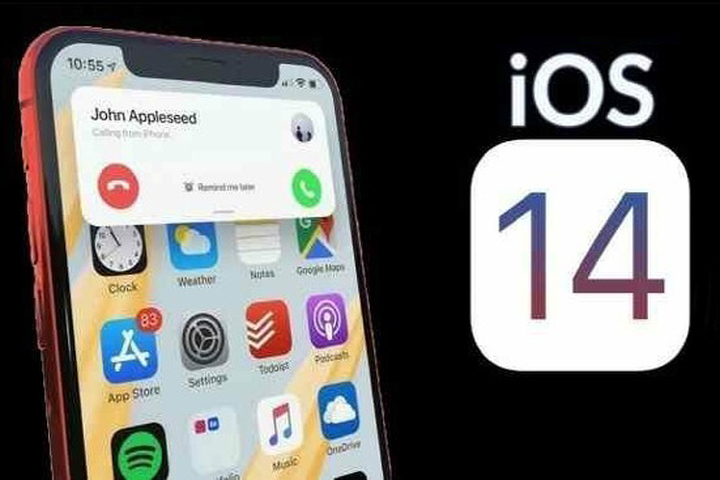 Even for newbies in the smartphone world, it is no news that one of the biggest names when it comes to smartphones is Steve jobs founded Apple.

Once a year, Apple releases a major update that runs on the millions of iPhones and other apple-created devices owned by many a person across various parts of the globe. With these (the updates), the apple devices get significant new features, as well as improved security systems for bugs discovered since the last update.

Announced on the 22nd of June 2020, and made available for public download on Wednesday 16th of September 2020, the iOS14 (Apple’s latest and biggest software update) like its predecessor (iOS13)  has not ceased to amaze many as it comes with many a cool feature. The software update is new, so I will be walking you through a list of some of the cool new features (expect this list to continue growing though as more gems are definitely going to be unlocked).

Some of the new features of the iOS14 include

1. SELECTING YOUR OWN DEFAULT E-MAIL OR WEB BROWSER

To do this, open your device’s settings app, scroll down to the bottom where all your installed apps are listed and then find the mail or browser app you’re looking for and tap on it, you’ll see either “default browser app” or “default e-mail app”; tap it and then select your preferred app.

“Hiding” of photos/videos has been a present feature on iOS and iPadOS for quite a while now, but then there has been many eyebrows raised as to whether they were actually hidden as those photos you didn’t see were stored in a “hidden” album in the Photos app that was just way too easy to spot. With this new update, Apple has added the option for you to now hide the “hidden” album. Thus, allowing you truly hide those photos/videos you want to keep away from public eyes.

To turn this on, on your iPhone, go to

SETTINGS>>PHOTOS and ensure that the “hidden album” is turned off to ensure that hidden photos remain incognito.

P.S: anything you hide in your gallery/camera roll will remain saved on your device and your iCloud photo storage but even you can’t gain any access to it unless you go back to the “hidden album” setting and turn it on.

The eye contact feature for facetime on iPhone first appeared on the iOS13 beta sometimes last year. It’s a subtle feature, but one that should make the person on the other end of the call feel as if you’re fully paying attention instead. Your iPhone will make it look like your eyes are looking directly into the camera, even if you’re staring at the screen.

How to turn it on go to  Settings > FaceTime > Eye Contact.

4. BACK TAP TO TRIGGER ACTION

A new accessibility feature called Back Tap makes it possible to trigger system features, like multitasking or Control Center, or launch a Shortcut just by tapping on the back of your iPhone two or three times.

Find this feature in

Settings > Accessibility > Touch > Back Tap. Pick the number of taps you want to use, and then you’ll see a list of actions you can initiate.

You can answer a greater range of questions with info pulled from across the internet with this feature (Siri) can also send audio messages. Keyboard dictation runs on the device, adding an additional layer of privacy for dictated messages.

6. SCRIBBLE  IN ANY  TEXT  FIELD ON  YOUR IPAD WITH APPLE PENCIL

Scribble is a new feature on the iPad. It basically converts any text field into a box that you can write in using an Apple Pencil, and your iPad will convert your handwriting to typed text automatically.

If you’re in the middle of jotting notes and you get a new iMessage, you can pull down the alert and use the quick-reply field to write out your response and go back to writing notes, all without ever putting down the Pencil or activating the keyboard.

For heavy Apple Pencil users, Scribble should speed up a lot of tasks that normally would have been slowed down by having to switch between stylus and keyboard.

7. YOU NO LONGER  HAVE TO  GIVE  APP YOUR  EXACT LOCATION

Up until iOS 14, when you approved an app’s location request you were allowing it to see exactly where you were. But most apps will work just fine with your general location.

Location requests from websites in Safari are a major example. Usually, it’s some sort of retail business that makes the request so it can find stores near you. Instead of giving the site your address, providing it with your approximate whereabouts will still make it possible to find nearby stores, but you’re not giving up private info. The toggle in the new location request prompt is subtle, but it makes a big difference.

See also  INSTAGRAM FLIPS OVER TO THE DARK SIDE, INTRODUCES DARK MODE FEATURE

In the top-left corner of the map overview is a button that has the label Precise: On.

Tap it to switch it off, and you’ll immediately see the map zoom out, representing the general area of your current location. That area is what the particular app will have access to.

You can also make changes on the setting if you actually changed your mind at any point,  all you need to do go to the Settings on your iPhone,

Privacy > Location Services and then select the app(s) you want to adjust whether or not they have access to your precise location.

Users can take advantage of some app features without needing to download the full app using App Clip. App Clips work through Apple-designed App Clip codes, NFC tags, or QR codes, and can also be shared in Messages or from Safari.

9. YOU CAN NOW UNLOCK YOUR CAR WITH IPHONE

Sound interesting right? Users can unlock or start their car with an iPhone or Apple Watch, with the U1 chip, the car keys let users unlock cars without taking the iPhone out of a pocket or bag.

10. YOU CAN WATCH  YOUTUBE VIDEO IN PICTURES IN PICTURE MODE

Picture in Picture (PiP) mode for watching videos. Here’s how it works. Instead of having to stay in an app, for example, if you’re watching your favourite game you can swipe up from the bottom of the screen to leave the app and the video will automatically shrink down to a floating window. You can move this thumbnail video around, or even hide it off the edge of the screen if you just want to listen to the audio.

The YouTube app doesn’t support PiP right now, but you can get around that by starting to watch a YouTube video in Safari in full-screen mode, then swiping up to go back to your home screen. The key is you have to put the video in full-screen mode before leaving the app. If that’s not working for you, try requesting the desktop version of the site before you start watching the video.

If you’d rather not trigger PiP when you leave an app, turn off automatic activation by going to

Settings > General > Picture in Picture and turn it off. After which, the only time PiP will be used is when you tap on the icon in a playing video.